Over the next week, we’ll be providing comprehensive betting previews for every major event ahead of the 2020 Summer Games in Tokyo, which will run from July 23 – August 8. This edition focuses on the women’s basketball competition, which will be held July 29 – August 7 at Kasumigaseki Country Club.

For those of you who can’t get into watching sports like fencing or modern pentathlon, the Summer Games still has something for you – that is, if you fancy yourself a golf fanatic.

The men’s and women’s tournaments highlight Week 2 of the Olympic festivities at Kasumigaseki Country Club – and while there’s a clear favorite on the men’s side, the women’s competition looks like one of the more wide-open events on the Summer Games calendar. Add in the challenge of playing in the midst of the respective PGA and LPGA Tour seasons on a course few of these players are familiar with, and these should be entertaining 72-hole competitions, to say the least.

Here’s a look at the betting landscape for the Olympic golf tournaments. 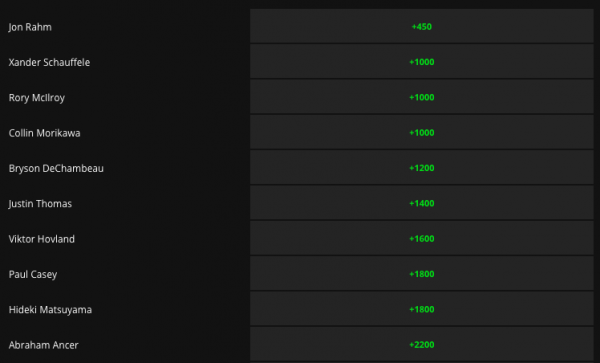 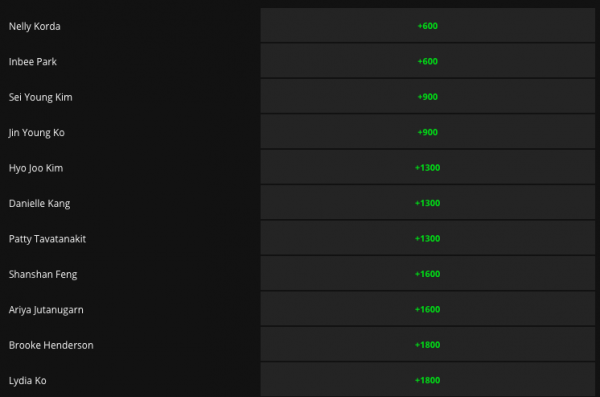 Why Should I Bet On This?

This should be one of the most popular sports of the Olympics from a betting perspective – and with good reason. Golf wagering is a weekly occurrence during the regular calendar year, and there should be no shortage of tournament props available in addition to these outright lines. If you’re already an avid golf bettor, the Olympics should provide a nice diversion from the regular PGA/LPGA Tour grind.

3 Things You Absolutely Need to Know

Jon Rahm, Spain (+450): Could there be anyone else atop this list? Rahm has had a sensational season with 12 top-10 finishes in 19 tournaments, including a win at the U.S. Open and a T3 at the Open Championship. Rahm has the most complete game in the field and should have little trouble navigating the Kasumigaseki Country Club course. He’s the only player on the PGA Tour with an SG: Total north of 2.000 – and if he holds form here, he’ll win gold.

Collin Morikawa, U.S. (+1000): If you’re looking at riding the hot hand, they don’t get much hotter than this. Morikawa is coming off an incredible victory at the Open Championship, his second career major before turning 25. He might be the best irons player in the world, which gives him a significant advantage on a course where players will need to be able to hit long approach shots with consistency.

Joaquin Niemann, Chile (+4000): Consistency counts for a lot when the field heads to a largely unknown course – and Niemann has displayed that skill in spades so far this season, with 22 made cuts in 23 tries. And while he hasn’t exactly stood out in recent elite-field tournaments, he ranks 12th in SG: Off-the-Tee and SG: Total and sits inside the top 10 in scoring average. He isn’t in the top tier, but he’s a terrific live underdog play.

Sungjae Im, South Korea (+4000): If you didn’t know, South Korean men between ages 18 and 28 can avoid a mandatory two-year military stint if they win an Olympic medal. So it’s no coincidence that Im opted to skip the Open Championship to prepare for the Olympic tournament. If being able to opt-out of military duty doesn’t motivate the No. 27 player in the World Golf Ranking, it’s hard to imagine what would. Look for Im to be at his best in Tokyo.

Si Woo Kim, South Korea (+6500): See above. Okay, perhaps that’s a bit too pithy, so let me expand on the other reason why I like Kim as a longshot option: He has played mostly well in elite field competitions this year, with top-12 finishes at the Memorial and the Masters on his resume. Putting has been the only weak spot in his game, and those struggles have intensified in recent weeks – but having a couple of weeks to prepare should help steady the putter.

Garrick Higgo, South Africa (+8000): Higgo’s range of potential outcomes is as wide as any golfer in either the men’s or women’s tournament. He has a pair of European Tour victories this year and prevailed in his second career PGA Tour appearance. But the 22-year-old is still relatively green in golf terms, missing three of his past four PGA cuts while posting just two sub-70 scores over his previous 10 rounds. His game is electric, and you can’t go wrong in this odds range.

Inbee Park, South Korea (+600): Park has had a terrific season so far, opening with a win at the Kia Classic en route to six top-10 finishes in a seven-tournament span to kick off the 2021 campaign. And while she has cooled in recent months, even a step down in performance has resulted in three top-25 results over a five-event span. She ranks second in scoring average, third in putting average, and 11th in driving accuracy, all of which will make her a player to beat in Tokyo.

Nelly Korda, U.S. (+600): She’s the best player in the world at the moment – and the versatility of her game should land her atop the leaderboard when all’s said and done. In late June, a victory at the Women’s PGA Championship was her second in as many weeks and third of the season. She has 11 sub-70 rounds in three events since missing the cut at the U.S. Women’s Open, and that scintillating current form should make her a (rightfully) popular outright play.

Jessica Korda, U.S. (+2200): Nelly’s older sister might not be on the same heater as her younger sibling, but Jessica Korda’s game has her well-positioned to compete on this course. Korda has three top-three finishes on her 2021 resume and should give herself plenty of birdie opportunities in Tokyo, ranked ninth on the LPGA Tour in driving accuracy. She can also hit the ball a mile, which gives her a decided edge over the majority of the field.

Hannah Green, Australia (+2500): Green is a terrific value given her peripherals. She’s one of the longest hitters on the LPGA Tour – and makes those booming drives count with the 10th-ranked putting average (and No. 1 standing in putts per GIR at 1.70). Her wonky accuracy off the tee often gets her into trouble – but if she can curb some of those errant drives while continuing to convert with the flat stick, she’ll be a contender for gold.

Anne Van Dam, Netherlands (+20000): In addition to already winning the gold medal for “Most Badass Name on the LPGA Tour,” Van Dam has one big thing working for her. She is the longest driver on the LPGA Tour at more than 292 yards per attempt – and hey, that’s great, isn’t it? She has struggled in virtually every other area of her game, but if you’re looking for a deep sleeper at this tournament, it might be worth throwing a buck or two on the biggest hitter of all.