The PGA Tour’s 2021-2022 season comes to an end with this week’s Tour Championship. The top 30 players in the FedEx Cup standings will compete for a $65 million purse, including a first-place prize of $18 million. No pressure, huh?

Defending champ Patrick Cantlay will be part of the field at East Lake Golf Club in Atlanta. The tournament uses a Starting Strokes scoring system, effectively giving players a head start based on their position in the FedEx Cup point standings. As last season’s point leader, Cantlay began the Tour Championship at -10 and eventually finished at -21 on the par-70 host course.

This year, Scottie Scheffler enters the Tour Championship as the leader in the FedEx Cup point standings, followed by Cantlay (who won last week’s BMW Championship) and Will Zalatoris.

Read on to see how the BettingPros staff sizes up the odds for the top players in the field.

Will Zalatoris Stats to Know

The American was forced to withdraw from last week’s BMW Championship in the third round after suffering a back injury. However, he was shooting a -4 and playing reasonably well at the time. Aside from the potentially lingering health issues, Zalatoris is having a fantastic 2021-2022 campaign on Tour. Earlier this month, he finally locked down his first PGA win in a playoff at the St. Jude Championship. That’s a monkey off his back, considering he lost both the Farmers Insurance Open and the PGA Championship in playoff fashion this year. Furthermore, Zalatoris has three other top-five finishes to his resumé this year.

Honestly, I wouldn’t touch Zalatoris from a betting perspective this weekend. There are plenty of question marks surrounding the California native. Mainly, there’s the back issue. And then there’s the fact that he’s never played East Lake before. The tournament has been held at East Lake Golf Club every year since 2004 (plus 1998, 2000, 2002 & 2004), so some of the competition boasts infinitely more experience.

However, if you’re really in need of some action, I think the best way to bet on Zalatoris this weekend is to back him finishing inside of the top five. He comes in with at least a one-stroke lead over 27 other golfers competing at this event. We’ll take all the free strokes you want to give us. Furthermore, in his young career, it’s apparent that Zalatoris loves the spotlight. He’s always in the hunt at Major Championships when Sunday rolls around. This year alone, Zalatoris finished T6 at the Masters, second at the PGA Championship, T2 at the U.S. Open and T28 in The Open. He shines bright when it matters. So while I don’t love a play on the American this weekend, I think this would be the best way to go about backing Zalatoris. 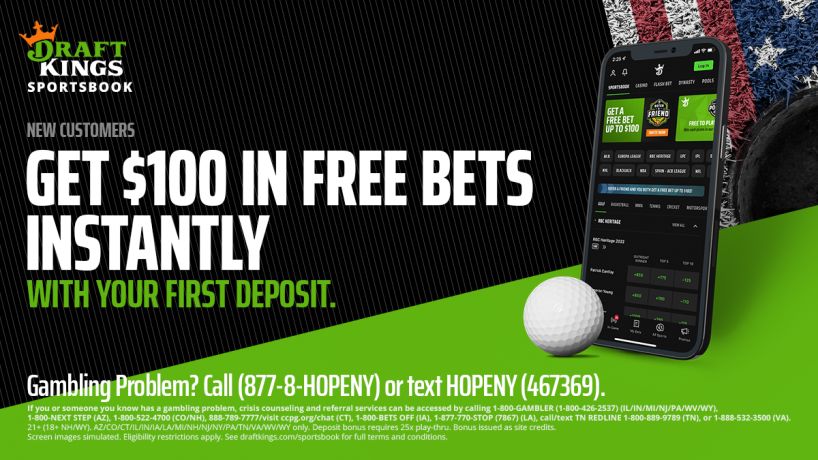