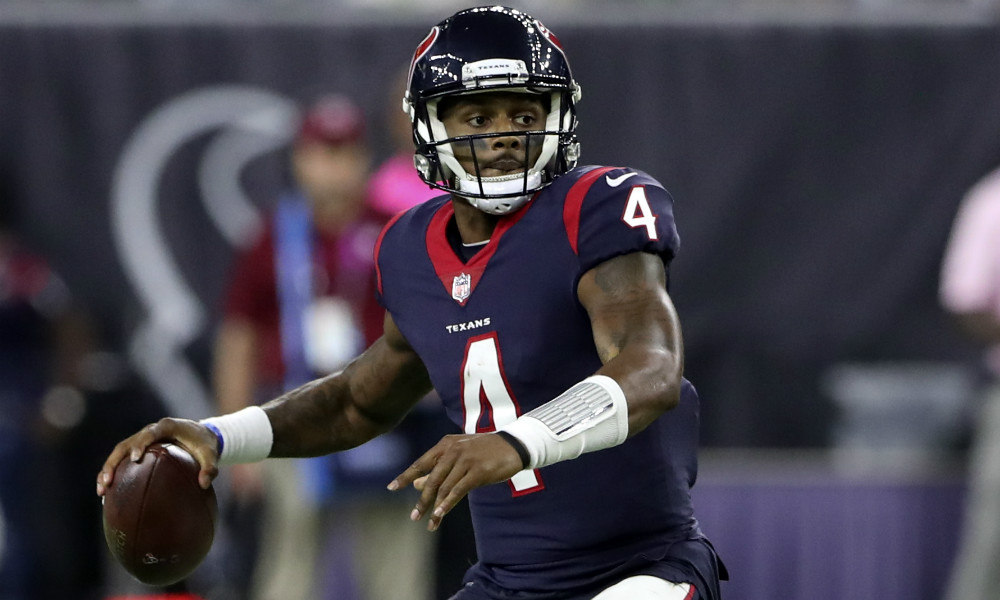 Happy turkey week! As you destroy that pie and avoid those politically-charged fights with relatives, remember that we have three awesome games to watch this Thanksgiving. Week 12 in the NFL season should be an interesting one, so let’s navigate through the schedule and pick each of these games against the spread. Don’t forget to lock in your Thursday bets this week so you can flex your football knowledge on your family as you finish each game in the green!

This NFC North battle features teams going in very opposite directions. The Bears are the surprise of the NFL, dominating the Vikings last week to sit atop the division 7-3, winning their last four games. However, they are just 2-2 on the road. The Lions did pull off the surprising victory over the Panthers last week, but the offense is really struggling to find an identity without Golden Tate, and now they expect to be without rookie running back Kerryon Johnson due to a knee sprain. The Lions do sport a 3-2 record at home, but I don’t think the offense will be effective enough versus the Bears defense to keep up with the electric offense orchestrated by Matt Nagy.

Much like the previous game, this divisional matchup features teams heading in very different directions. The Redskins are still in the lead of the East, with a 6-4 record, but losing Alex Smith puts the team’s season in jeopardy. In a case of perfect timing, the Cowboys are beginning to figure things out. They are nipping at the heels of Washington with a 5-5 record. Dallas is also 30-19-1 on Thanksgiving, so they are looking to add to the win column there. The game may come down to which rushing attack is more effective, and if that’s the case, I’ll bet on the Cowboys.

Much like me on Thanksgiving night, this may not be pretty. It seems like Matt Ryan gets up for these Saints battles, but New Orleans is a team on a mission. Their offense is unstoppable, and the Falcons have too many holes on defense to put up a fight. Ryan may need another five-touchdown performance just to stay in the game, like earlier in the year, but I don’t think he gets it on Thanksgiving night.

The Jaguars are on a six-game skid, while the Bills are coming off a 41-10 win. Yes, it was against the Jets, but still. Josh Allen is on track to return for Buffalo, but is that a good thing? I’ll let you be the judge of that one. Despite not sealing the deal against the Steelers last week, it almost looked like the Jags from last season. The defense looked good, the rushing attack was dominant, but the pass protection was just horrendous. The Bills are third in the league in sacks, which scares me, but not as much as the Jacksonville defense does.

Hue Jackson revenge game. If that doesn’t strike fear into the Browns, I don’t know what will! In all seriousness, despite being the least successful coach in modern history, he is helping run the Bengals defense against his team from a couple weeks ago. He SHOULD know the strengths and weaknesses from that team inside and out. Reports say AJ Green has a “good chance” to return this week. If he does, I’ll be highly confident in this pick, but even if he rests one more game, I’m taking the Bengals to cover.

Both AFC East teams are coming off their bye. Both teams are coming off games in which they got their butts kicked. Huh…I guess there’s not much of a difference between the Patriots and Jets. Jokes aside, the Patriots and Bill Belichick are straight-up peeved. The Jets and Sam Darnold are in for it this week. Rob Gronkowski is also back for New England, as he looks to finish the season strong.

After saying the team could win eight-straight games to end the season, OBJ and the Giants have won their past two games. In the meantime, the Eagles have dropped both of theirs, sliding to third in the division and entering must-win mode. The first meeting of the two went Philly’s way, as they won 34-13 in prime time. But since then, the secondary for the Eagles has been decimated. And not only were they beat up last week against the Saints, but they were exposed. When the game script flipped for them, the Eagles did something they haven’t before under Doug Pederson: the Eagles abandoned the run. I get needing to catch up, but this uncharacteristic move shows me there is zero confidence in that running game. You know who I do have confidence in? Saquon Barkley and those massive thighs.

Well, this isn’t exactly the most exciting game of the week. The 49ers search for their first road win as Jameis Winston is again the starter for the 3-7 Buccaneers. The Bucs have lost their last four games, but they do play a bit better at home where they are 2-2. Despite losing OJ Howard for the season, I think this Buccaneers offense can still move the ball with relative ease this week.

The Panthers suffered a disappointing loss to the Lions last week, but they look to bounce back at home where they are still undefeated. The Seahawks are starting to get healthier offensively, but this top-ranked rushing offense could struggle against a talented run defense. If it comes down to Panthers offense versus Seahawks defense, I’d put my money on Norv Turner and this Carolina group.

The Raiders got their second win of the season, but it was against the Cardinals. The Ravens got a win last week in Lamar Jackson’s first start. Basically, all the Ravens did was run the football, and the Bengals had no answer. This week, Joe Flacco is again questionable, and I would guess they roll Jackson out there given he got the win last week. I expect to see more of a passing game, which isn’t exactly saying much. Even though I do not believe in Lamar Jackson as a passer, I believe in this Ravens defense and I believe the Raiders are terrible. It’s a lot of points to cover, but I think we could even see the defense chip in a score this week.

The Cardinals lost to the Raiders last week. Talk about a humbling experience. The Chargers also lost last week, due to a last-second field goal in Denver. Motivated and hungry, the Chargers will look to narrow the AFC West gap as the Chiefs watch at home this week. We will also see Joey Bosa more since he played just 55% of the snaps in last week’s debut. At full health, he should see mid-80s in snap percentage, so look for him to get back into playing shape as he gets after the rookie.

Despite a scare in Jacksonville, the Steelers keep on rolling without Le’Veon Bell. The Broncos came off their bye to get a last-second win against the Chargers last week. I just don’t see the Broncos having enough offense to overcome the Steelers this week, despite playing at home again.

The Colts are rolling. They have won four games in a row, and Andrew Luck quietly has the second-most touchdowns in the league. The Dolphins are coming off their bye week and are hopeful Ryan Tannehill can return to the lineup. However, running back Kenyan Drake is still very much questionable to play. Even with the boost of Tannehill returning, the Dolphins defense has looked like a mess, and I don’t think they will be able to stop the Colts in Indy.

In a matchup that resulted in a tie earlier in the season, the Packers and Vikings meet in the Twin Cities this time around. Both teams are struggling, though the Packers are the ones gasping for air. A loss this week basically seals their fate of watching the playoffs for a second-straight year. It also likely guarantees that Mike McCarthy’s time in Green Bay is over. For the Vikings, they still control their own fate. Their schedule benefits them and Everson Griffen and the defense is getting back on the field together. All the Vikings need to do is limit mistakes. It seems that when the pressure is on, they find a way to turn the ball over or miss a field goal. However, they are too well-coached and too talented to lose to a Packers team, at home, without Mike Daniels on the defensive line. Minnesota should be able to find success running the ball which will set up some dangerous play action.

At an even spread, this AFC South matchup is a coin flip. The Titans are one of the most inconsistent teams in football. And aside from this, Marcus Mariota is also questionable with an elbow injury. If he doesn’t play, I don’t give them much of a chance at all. But even if he does, I think the Texans have enough to win this one at home. Houston is one of the hottest teams in the league, winning seven straight, and they are still figuring out their offense, implementing Keke Coutee and Demaryius Thomas into the game plan more. I believe the best is yet to come with Deshaun Watson, but maybe we see a glimpse of it on the stage of Monday Night Football.

Zach Brunner is a featured writer at BettingPros. For more from Zach, check out his archive and follow him @FantasyFlurry.