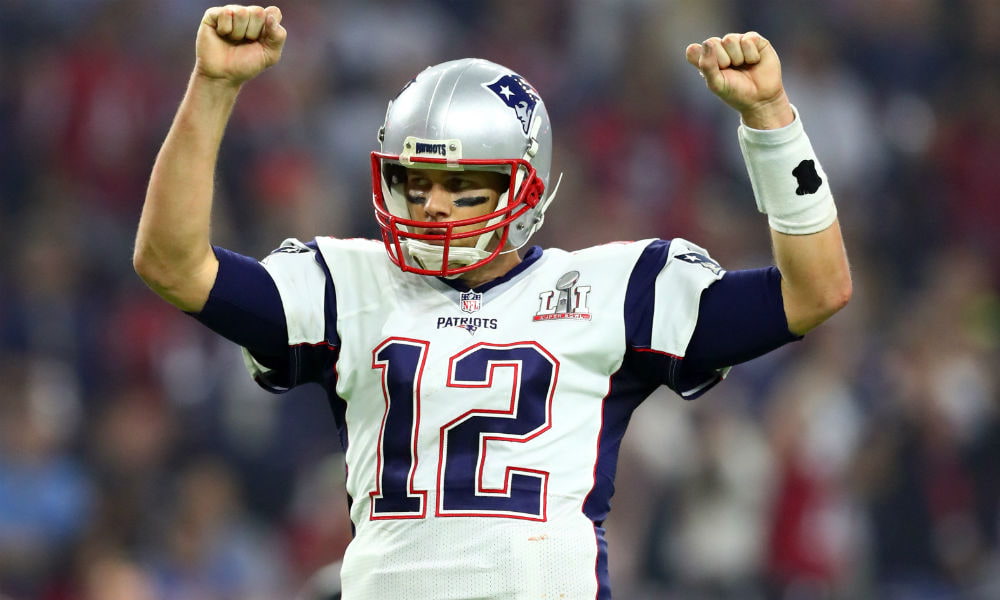 The NFL’s final undefeated team is no more as the Saints showed us all how good they can be. The Redskins showed they have a hard time playing from behind and the Falcons finally played well on the road. The Steelers beat the Ravens in what was probably Ben Roethlisberger’s best game in Baltimore. Every team is at least halfway done with their season at this point. While some teams are starting to pull ahead in their division, many are still being decided by a game or less. We have some important games this week, but the match-up between the Eagles and Cowboys could end up being the difference maker for who wins that division or potentially ends up as a wild card.

Panthers vs Steelers (-3.5)
Weather: 41 Degrees 1% chance of rain
The Panthers have been as hot as can be as of late, but so have the Steelers. Traditionally, Ben Roethlisberger has been a nightmare to play against at home and the Panthers have not been a great road team. However, this year that hasn’t necessarily been the case. The Steelers had a rough opening month to the season, but over the past five weeks, the offense has found its rhythm, while the defense has become somewhat decent. While the Panthers have turned it up as late, I’ll go with the more talented offense that requires less pure scheme on a short week.

Bills vs Jets (-6.5)
Weather: 43 Degrees 3% chance of rain
We know for sure that Nathan Peterman will not be starting for the Bills this week. It’ll either be Derek Anderson or Josh Allen if he’s cleared to play. The Jets will also be without rookie quarterback Sam Darnold who is dealing with a foot issue. This means that Josh McCown will take over as quarterback for this week. McCown played well last year for the Jets and was presumed to be the starter heading into the season. With how Darnold has played of late, I don’t believe this is necessarily a downgrade. Both of these teams sport solid defenses and limited offenses. I have a hard time believing the Jets win by a touchdown. I do expect the Jets to walk away with the victory, but I’d rather have the points in this one.

Patriots vs Titans (+6.5)
Weather: 43 Degrees 1% chance of rain
This is an interesting line. As of this writing, this is the same line the Jets are getting over Buffalo, and while the Titans are definitely better than Buffalo, I don’t believe the Jets are anywhere near what the Patriots are. Over the past few years, the Patriots have had an interesting trend on defense. They start the year awful, start to put it together in month two, and then by midseason they’re a good to great defense. That trend has continued into this season as the Patriots have been limiting good offenses to being average. In Week 10, they may be headed on the road, and the Titans may be coming off a decisive win against Dallas, but I just don’t believe their defense is good enough to stop the Patriots, nor is their offense good enough to keep up. I’ll lay the points and say the Patriots win by at least a touchdown.

Saints vs Bengals (+5.5)
Weather: 38 Degrees 2% chance of rain
This is a line I imagine is going to continue to climb in favor of the Saints, so if you’re like me and want to go in on the Saints, the sooner the better. A.J. Green has already been ruled out and I believe people are underestimating his value to this offense. Even when he isn’t going off himself, he still demands the defense focus in on him. This has largely allowed Tyler Boyd to put up the numbers he has, but now that won’t be the case against the Saints. The Saints defense has played better and better as the season has gone one, particularly in the secondary. The Saints have won every game since the first week of the season, and I see no reason for them to not handle the Bengals in Cincinnati.

Cardinals vs Chiefs (-16.5)
Weather: 39 Degrees no chance of rain
This is quite the doozy of a spread. It feels more like a college football spread than a match-up between two professional teams. With that in mind, it makes it tough to tell anyone to back a team giving up three scores worth of points. The Cardinals are coming off a bye week, and the offense looked revitalized after making an offensive coordinator shift. While the Cardinals offense is nowhere near what the Chiefs are rolling with, I do believe the defense will show better not having as many short fields to contend with. The Chiefs could potentially be without Sammy Watkins or a hobbled version of him at the very least. While the Chiefs most definitely have the firepower to cover this spread, I’ll hesitantly take the points with the Cardinals.

Redskins vs Buccaneers (-3)
Weather: 78 Degrees no chance of rain
It’s hard to imagine the Redskins as three-point underdogs to the Buccaneers. Yet, after what we saw against Atlanta last week, your confidence in them has to be shaken. They lost two offensive linemen to injury, and their left tackle still may not be ready to return. The Buccaneers offense has had its ups and downs with Ryan Fitzpatrick at the helm, but the ups can hit at any moment. The Redskins are not a team equipped to play from behind, so this game will come down to the Redskins shutting down one of the highest scoring offenses in the league. To me, this is a high variance game that I’d rather avoid, but if I have to choose a side I’ll say we see the return of good Ryan Fitzpatrick.

Lions vs Bears (-6.5)
Weather: 36 Degrees 2% chance of rain
The Lions have just a single loss in the last 10 match-ups these two teams have played. Yet, this is a very different Bears team under head coach Matt Nagy. The Bears have spent the last two weeks beating up on inferior opponents, but they’ve been doing so without Allen Robinson and, more importantly, Khalil Mack. The Lions, on the flip side, have not been playing with good form in the last couple of weeks. With Khalil Mack ready to wreak some havoc, I’ll side with the Bears to pull out a victory by a touchdown.

Falcons vs Browns (+4.5)
Weather: 35 Degrees 3% chance of rain
Ever since the Falcons lost to the Steelers a month ago, they’ve seemed to turn a corner. We knew they could do it at home, but going on the road and putting up 30+ against a very good Redskins defense is no joke. They now go on the road to a Browns team who are doing their best with stand-ins at head coach and offensive coordinator. There is some hope for an offense who finally remembered how to use their pass-catching running back in Duke Johnson. That will help them against the Falcons who have struggled against pass-catching running backs, but I don’t believe it will be enough. The Browns are giving up too many points to keep up. I’ll lay the points with the Falcons.

Jaguars vs Colts (-3)
Weather: Dome
After starting the season 3-1 the wheels completely fell off for the Jaguars in October. Both of these teams are coming off of a bye and should be relatively fresh. The Jaguars will still be without top cornerback A.J. Bouye, but we will see the return of running back Leonard Fournette this week. That is what I believe the key to this matchup will be. I believe they’re letting Fournette play because he’s back 100% and we should see him as a full go. Let’s not forget how well the Jaguars offense would operate when they had such a strong threat of a run game with Fournette. I think this is a turning point for the Jaguars and while they may not win, I do believe they keep it close.

Chargers vs Raiders (-10)
Weather: 64 Degrees no chance of rain
The Chargers have brought Mike Bagley back as their kicker, so hopefully, that’ll end their kicking woes? Regardless, the Chargers do not need perfect kicking to put away the hapless Raiders. In recent years these two teams have tended to play in close games, however, the Chargers have beaten the Raiders by 16 and 20 in their past two games. At this point, the Raiders are the least-talented team in the league, and the Chargers are playing some of the best football they have in years. I’ll lay the large number of points and take the Chargers to continue to dominate the Raiders.

Dolphins vs Packers (-10)
Weather: 32 Degrees 5% chance of rain
The Packers are clearly the better team in this one and should come away with a victory. I’m just not sure they can beat the Dolphins by more than 10. The Dolphins offense is one of the worst in the league, but their defense has played better as of late and is doing its best to keep them in games. The Packers could come out and dominate the Dolphins, they definitely have the ability to do so. It’s just hard to trust this particular Packers team. They are a three-win team, with two of those coming against the Bills and 49ers. The latter of which took some Aaron Rodgers magic to pull out a win at home. With the volatile nature of what the Packers have been compared to what they can be, I’ll take the points.

Seahawks vs Rams (-10)
Weather: 75 Degrees no chance of rain
I’m really surprised at how this line opened up. Yes, the Rams are the better team playing at home, but they haven’t played their best football over the past couple of weeks while the Seahawks have played pretty well for the most part. It’s also rare for either of these teams to blow the other one out. I expect the Seahawks will come into this one with their A-game and give the Rams a run for their money, much like they did back in Week 5.

Cowboys vs Eagles (-7)
Weather: 37 Degrees no chance of rain
The Eagles have had a disappointing first half to the season considering the expectations they had coming in. They’ve yet to string together even two wins in a row. The Cowboys haven’t been any better, though. The Cowboys injury troubles continue as Sean Lee is expected to miss at least a month and left guard Conner Williams is currently looking like he won’t go this week. The Eagles have had their own injury troubles, but a trade for Golden Tate gives them another legitimate receiving option and right tackle Lane Johnson is currently expected to play this week. All in all, the Eagles are the home team with a considerably better offense and a defense that is starting to hold it’s own. I’ll lay the touchdown worth of points and go with the Eagles.

Giants vs 49ers (-3)
Weather: 71 Degrees no chance of rain
The 49ers got their second win of the season last week thanks to a Raiders team that is completely inept. Nick Mullins looked good, but I’m not ready to buy-in to him carrying this team to multiple wins down the stretch. The Giants also haven’t been great, but they have kept the majority of their games close. With the Giants coming off their bye, I expect them to be able to put up a good fight. Throw in that the 49ers don’t have anyone nearly as talented as Odell Beckham and Saquan Barkley and I think the Giants pull out a win in this game.