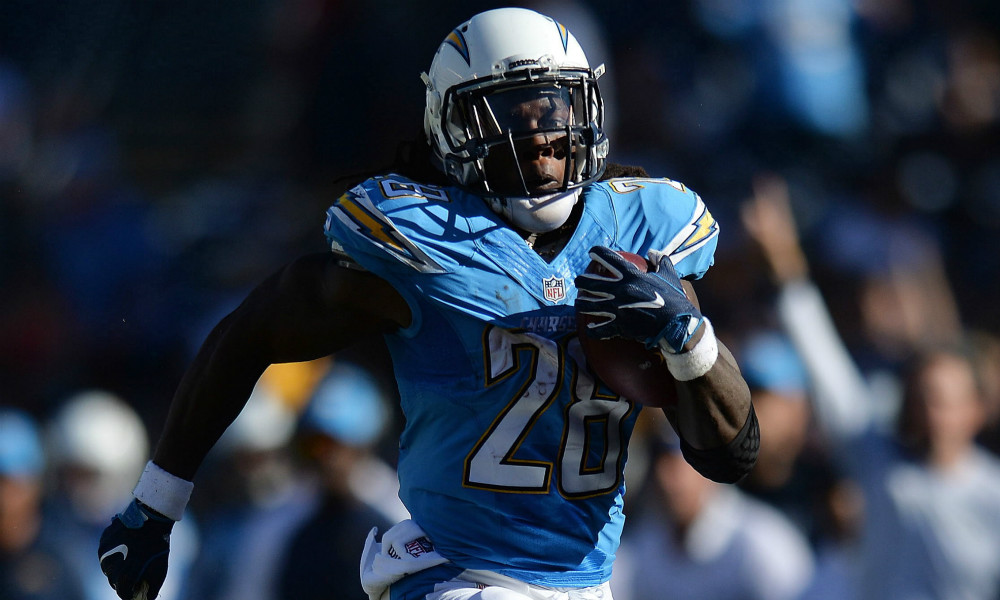 We are a quarter of the way through the season for most teams. The Dolphins finally got one in the loss column after being destroyed by the Patriots. The Steelers woes continue with only one win through four weeks. The Falcons are 1-2 at home despite scoring over 100 points in those games due to their defensive struggles. Ryan Fitzpatrick’s Fitzmagic has come to an end and it looks like Jameis Winston will be the starter coming out of the Week 5 bye. With the second quarter of the season about to get started, we’ll begin to see which teams are poised for a comeback, which unexpected winning teams are pretenders, and who are who we thought they were.

Colts vs Patriots (-10)
Weather: 66 Degrees 14% chance of rain
The Colts will be without star wide receiver T.Y. Hilton and tight end Jack Doyle. The Colts may only be 1-3, but they’ve been far more competitive this year. The Patriots finally had their break out game in Week 4 against the Dolphins. This week the Patriots get Julian Edelman back as well. While the Patriots should walk away with a victory, I do believe the Colts can keep things close despite being shorthanded on offense. Zach Pascal filled in nicely, while Ryan Grant, Chester Rodgers, and Nyheim Hines should all be involved as well. Let’s not forget that Colts head coach Frank Reich was the Eagles offensive coordinator in last year’s Super Bowl against the Patriots.

Broncos vs Jets (-0.5)
Weather: 78 Degrees No chance of rain
This line surprised me a bit, don’t get me wrong the Broncos are a good, not great team going across the country for an early game. However, defense and run game travel and the Broncos have those in spades. The Broncos secondary isn’t great, but Bradley Chubb and Von Miller are putting a ton of pressure on opposing quarterbacks. While Patrick Mahomes was able to scramble away from that pressure and make plays downfield, I do not believe that Sam Darnold will hold up in the same way. I expect Keenum to play a true game manager role this week, while Phillip Lindsay and Royce Freeman take advantage of a poor rushing defense.

Packers vs Lions (+1)
Weather: Dome
Just looking at these teams, this game has shootout written all over it. Aaron Rodgers versus Matthew Stafford with all those passing weapons! Yet, I don’t think this becomes the shootout it could be. Both of these teams are pretty good against the pass on defense. Both of these teams have started to discover their run game. Both of these teams have not done well against the run this year. Add-in that Rodgers could be without both Randell Cobb and Geronimo Allison and you can see a world where Aaron Jones becomes a central part of the game plan. I believe the Packers picks up a win on the road, but I do believe this game ends up as a close one.

Giants vs Panthers (-7)
Weather: 84 Degrees 0% chance of rain
Both of these teams have largely struggled against the pass, yet both of these offenses focus in on their running games. The Panthers are a team that plays considerably better at home compared to on the road. While the Panthers defense is a better unit than the Giants, I do not believe that they have an answer for Odell Beckham Jr. On the flip side of things, I don’t believe the Giants will be able to keep up with the mobility of Cam Newton. I expect this one to stay close with a big play being the difference maker.

Titans vs Bills (+3.5)
Weather: 69 Degrees 21% chance of rain
I was one of the first to believe the Titans were more of a pretender who got lucky against the Jaguars, but now they’ve also beat another Super Bowl contender in the Eagles, and I have to concede that they may actually just be a good, well-coached football team. While the offense had largely been ineffective through three weeks, we finally got to see what this offense can do with new offensive coordinator Matt LaFleur and a healthy Marcus Mariota. We’ve seen what the Bills have been so far, and I don’t believe their offense will be able to do much against the Titans defense.

Falcons vs Steelers (-3)
Weather: 80 Degrees 0% chance of rain
When the season started this was supposed to be a matchup of two potential playoff contenders. Now it’s a matchup between two single-win teams who need a victory just to keep their playoffs hopes relatively alive. Both of these defenses have completely disappointed. The Falcons have lost a ton due to injuries, while the Steelers just can’t get on the same page. Both offenses have a ton of firepower, but the Falcons are a considerably better offense at home in the dome. This week they have to come out of the dome for the first time in three weeks. If this one was in Atlanta, I’d probably have the score switched, but in Pittsburgh I expect the Falcons offense to slow down enough for the Steelers to pick up an important win.

Ravens vs Browns (+3)
Weather: 79 Degrees 6% chance of rain
The Browns lost a close one in overtime against the Raiders. A lot of this was due to a couple of huge runs from Nick Chubb that you won’t be able to count on every week. The Ravens defense pretty much shut down the Steelers offense in Pittsburgh. Now in Week 5, they get cornerback Jimmy Smith back. The Browns may be at home, but this will be the best defense they’ve faced this year. The Browns may be able to keep this one close with some turnovers, but I believe the Ravens will take care of the football in this one.

Dolphins vs Bengals (-6.5)
Weather: 83 Degrees no chance of rain
After the beating the Dolphins took in Week 4 against the Patriots, this line quickly jumped up a point above the opening number. I’d felt that the Dolphins were pretenders at 3-0 and I do believe they lose again against the Bengals. The Bengals get Vontaze Burfict back this week, which will give the defense a jolt. With all that said I expect this game to be hard fought. I expect the Dolphins to bounce back to an extent and to give the Bengals a run for their money. I expect a mediocre scoring game with both defenses keeping things close.

Jaguars vs Chiefs (-3)
Weather: 62 Degrees 57% chance of rain
The Chiefs run of victories continued against the Broncos. It was by far the toughest matchup that Patrick Mahomes and the Chiefs have faced. Now they get to head home, but they get to face a defense that’s even better than the Broncos. The biggest weakness the Chiefs took advantage of was the Broncos weak secondary, while Mahomes managed to scramble from the pass rush on almost every play. This week they face the best secondary in the league, so even if Mahomes manages to avoid the rush again, he’ll have a harder time finding an open man downfield. The Jaguars may be going without Leonard Fournette again, but with how poor this Chiefs defense has been, I imagine this offense will be able to do enough to keep it close if not walk away with a victory.

Raiders vs Chargers (-5)
Weather: 76 Degrees 0% chance of rain
The Raiders finally got their first win of the season and now they go down to Southern California to face the Chargers. While the Chargers don’t have much in terms of home field advantage, they are the more talented team. This Chargers defense has not been great without Joey Bosa this year, and they have struggled to stop even below-average offenses. The Raiders offense has had its up and downs this year, but I do believe they’ll get some traction. The bigger issue for the Raiders is that their defense really hasn’t been able to stop anyone. I expect the Chargers to have a big day offensively while the defense is able to get enough stops for a double-digit victory.

Vikings vs Eagles (-3)
Weather: 81 Degrees no chance of rain
The schedule makers were not kind to the Vikings this year with three of their first five being at Green Bay, at Los Angeles Rams, and now at Philadelphia. It also doesn’t help that they squandered a home matchup against the Bills. The Vikings are facing a one-win start through five weeks if they lose this week, but the Eagles are equally motivated sitting at 2-2 with losses to the Titans and Buccaneers. The Eagles defensive front is one of the best in the league, while the Vikings offensive line is well below average. I expect Kirk Cousins to be under a lot of duress in this one, while the Vikings defensive struggles continue without Everson Griffen.

Rams vs Seahawks (+7)
Weather: 57 Degrees no chance of rain
The Seahawks just lost their best defensive player in Earl Thomas, and while they’ve finally got a running game going against the Cardinals, I don’t imagine they’ll have the same success against the Rams stellar defensive line. The Seahawks have one of the best home-field advantages in the league, but I don’t think it will be enough to save them from the offensive powerhouse that is the Rams. Sean McVay is scheming things in a way that is unstoppable when you have one of the best offensive lines in football, three good to great wide receivers, one of the best running backs in the game and a more than serviceable quarterback. With a depleted secondary and one of the worst offensive lines in football, I just can’t imagine the Seahawks keep this one close.

Cardinals vs 49ers (-4.5)
Weather: 76 Degrees no chance of rain
This is a matchup of teams potentially competing for 2019 top-five draft picks. The 49ers are 1-3 having lost their franchise quarterback and in Week 4 had a number of injuries to their wide receivers. The Cardinals remain winless, though they haven’t had the easiest of schedules, making the 49ers the easiest game on the docket so far. Josh Rosen has given this offense a bit of a spark and while they will be the road team against the 49ers, their defense has started to play quite well. The Cardinals have also started to put David Johnson in some positive situations. The 49ers offense performed well against the Chargers and Chiefs over the past couple of weeks, but both of those defenses have struggled mightily. I expect this one to be close and view this as more of a pick’em.

Cowboys vs Texans (-3.5)
Weather: Dome
The Texans are 1-3 to start the season despite the hype of a healthy Deshaun Watson. While Watson is playing well, his offensive line is atrocious and the secondary is even worse. Lucky for the Texans they’ve got some momentum with their win against the Colts and the Cowboys passing attack isn’t anything to be afraid of. Ezekiel Elliott is banged up and has to contend with J.J. Watt. The Cowboys defense has played very well up to this week, but ultimately, I believe the Texans superior passing attack will be able to get the victory over the Cowboys.

Redskins vs Saints (-6.5)
Weather: Dome
It took the Saints three weeks to get into the swing of things, but now the offense is one of the best and will only get better with Mark Ingram back. After a two-game road stint, the Saints get to come back home against the Redskins who have had an extra week to prepare for this one. While the Saints defense has been giving up points left and right, they now get to face a pedestrian offense in the Redskins. The Redskins got their impressive win against the Packers who had a banged up Aaron Rodgers at the time, but outside of that, they haven’t been anything special. Expect the Saints high-powered offense to pull away in this one.