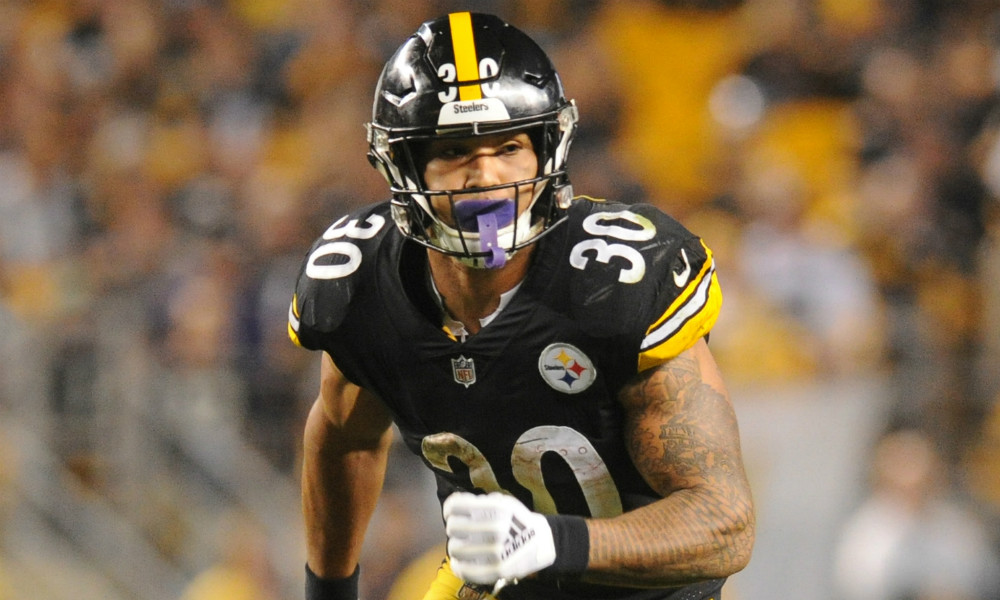 We had a huge NFC matchup in Week 8 with the Rams pulling out the win over the Packers. Not without its drama thanks to the now traded Ty Montgomery. We’ve also seen teams more willing to make trades. Demaryius Thomas is a Texan now, the Rams added some defensive end talent to the roster and Golden Tate is now an Eagle. Week 9 has a couple of great matchups with Aaron Rodgers and Tom Brady going head to head in Foxborough and a potential preview to the NFC Championship game with the Rams and Saints facing off in New Orleans. We’ve hit the midway point of the season and these playoff races are going to be heating up as the weather starts to cool off.

Raiders vs 49ers (-3)
Weather: 80 Degrees no chance of rain
This game could be the difference maker in who is picking first overall come the 2019 rookie draft. Another big piece to this game is the health of C.J. Beathard. He has a wrist injury which wouldn’t be an issue if this was a game played on Sunday, but on a short week, he may not be ready to go. This would cause the 49ers to turn to undrafted free agent Nick Mullens or Tom Savage. I do believe the 49ers have a better coaching staff, but I do believe the Raiders are still the more talented team thanks to having a healthy starting quarterback. This will probably be an ugly game of football, but I’ll side with the awful team with the better quarterback situation.

Bears vs Bills (+10)
Weather: 46 Degrees no chance of rain
There’s plenty you could say about this game. The Bills defense is so good there’s no way the Bears win by two scores. Khalil Mack still won’t be 100% for the Bears. Mitch Trubisky isn’t actually a good passer. While all of those are arguably true. What is true is that Josh Allen still isn’t ready to return and Derek Anderson is expected to miss this week after suffering a concussion on a brutal hit on Monday night. With that, it primes us up for the return of Nathan Peterman. The Nathan Peterman who has thrown an interception on over 10% of his attempts in his career. Nathan Peterman now has to figure out how to lead the worst offense in football against one of the best overall defenses in football. I’ll gladly lay the large point total and take the Bears. Also, get this one in as soon as you can as I’d expect the spread to increase as we get closer to Sunday.

Chiefs vs Browns (+9)
Weather: 51 Degrees no chance of rain
At first glance, I was ready to go all in on the Chiefs in this one. The Browns are in turmoil. They just fired their head coach and offensive coordinator and made Greg Williams their head coach to finish the season. While something clearly needed to change, I don’t think that in one week the overhaul will magically fix all their woes. However, my biggest concern is the groin of Tyreek Hill. While the public is already pushing this line up, I need a better idea of Hill’s status before picking the Chiefs. This will be one to monitor throughout the week. If Tyreek Hill is more or less fine then I’m willing to side with the Chiefs, but if he’s out or gets little to no practice this week, then I’d leave this game alone.

Buccaneers vs Panthers (-6.5)
Weather: 57 Degrees no chance of rain
Cam Newton has been rolling and offensive coordinator Norv Turner is dialing up an offense that is working to the team’s strengths. The Buccaneers defense remains one of the worst in the league and it doesn’t look like that’ll be changing any time soon. We know the Panthers are a better home team than road team and another game at home should be a positive for them. The Buccaneers are going back to Ryan Fitzpatrick after a four-interception day from Jameis Winston. We know Fitzpatrick can put together the big game, but he can also make the big mistakes with the best of them. I’m going to expect a high scoring game where the Panthers at home run away with it.

Jets vs Dolphins (-3)
Weather: 82 Degrees 5% chance of rain
The Dolphins started the year hot as could be, but due to a series of injuries and some stiffer competition, they’ve really fallen off the rails. The Jets have been competitive and won some games against lesser teams, but have had their butts handed to them against better competition. If the Dolphins were a relatively healthy team, I think this game would be a no-brainer for them, but with all they’ve lost on both offense and defense, I believe the Jets defense will hold up enough for them to win a close game on the road.

Falcons vs Redskins (-1.5)
Weather: 55 Degrees no chance of rain
The Falcons were lucky enough to start the year with five home games of their first seven. Because of that, I think some people have forgotten how poor the Falcons have played on the road in recent history. They are coming off of a bye, but I don’t think they’ll be able to overcome how good the Redskins defense has been playing. Add-in that the Redskins have added Ha Ha Clinton-Dix to their secondary, and they’re only getting better. The Falcons offense always has the potential to have an outburst of production, but being on a grass field, outdoors, against a great defense it doesn’t feel like it’ll be that week. I’ll take the Redskins to cover the small spread.

Steelers vs Ravens (-3)
Weather: 54 Degrees no chance of rain
When I first saw this line open up I couldn’t wait to back the Steelers. The Ravens haven’t been playing in good form over the past few weeks, while the Steelers found their groove after their loss to the Ravens. Then I looked through the history of these two teams and noticed that the Steelers have won just once in Baltimore in the past five years. Luckily, that win came in 2017 so it shows this Steelers team can get it done. I finished by looking at the matchups with these teams and finally, I decided it’s worth taking the field goal with the Steelers. Ben Roethlisberger’s home/road splits haven’t been as vast in the past season and a half. Antonio Brown and Roethlisberger have really found their rhythm in the past few weeks, and James Conner has emerged as one of the best running backs in the league right now. It’ll be a tough fought game, but I’ll take the points in this one.

Lions vs Vikings (-4.5)
Weather: Dome
The Lions just traded away Golden Tate to the Eagles. This offense is becoming a balanced attack with big-play threats on the outside. While the offense should still be solid without Tate, the defense is still mediocre at best. The Vikings may have lost to the Saints in Week 8, but they put up a fight and have largely been playing good football as of late. I expect Adam Thielen will keep his 100-yard game streak alive and I do believe the Vikings win this game at home, but I don’t believe they run away with it.

Chargers vs Seahawks (-1.5)
Weather: 56 Degrees 7% chance of rain
The Seahawks had a rough start to the season, but have since played some great football week in and week out. The Chargers have also been playing some great football each week. These teams look almost identical on paper. Both have solid quarterbacks, some solid wide receiver and running backs, to go along with some good defensive play. The difference though is the Seahawks have a great home field advantage that the Chargers just don’t have. With this game in Seattle, I’ll roll with the Seahawks to cover the small spread.

Texans vs Broncos (-1)
Weather: 52 Degrees no chance of rain
The Texans are on a five-game winning streak as they head into Denver. They also played on Thursday night last week so they’re getting some extra rest. However, they have also lost Will Fuller for the season and traded for Demaryius Thomas, who gets his first revenge game in short order. While Thomas should be a nice compliment to DeAndre Hopkins, it’s rare for wide receivers to step right into a new system and excel. Denver has one of the best home-field advantages in the league. I’m also excited to see what Courtland Sutton can do as he steps up into Demaryius Thomas’s old role. I think these two teams are close to even, but Denver’s home field advantage should be enough for them to walk away with a close victory.

Rams vs Saints (-2)
Weather: Dome
The Rams head to New Orleans as the only undefeated team in the league, but will they be able to hold onto that title when Week 9 is all said and done? These two teams are arguably the best two teams in the NFL. They both have the capability to win games in multiple ways, whether it be through the running game, the passing game, a balanced attack or some key defensive stops, these teams can get it done in all three phases of the game. I do not believe the Rams go undefeated this year, but picking their losses can be a daunting task. While they are undefeated, it feels like with each passing week teams are getting closer and closer to putting a loss on their record. With this game being in New Orleans, I believe the Saints are the team best suited to beat the Rams, and so while it’s by no means a lock, I think the Saints are more likely to win than not.

Packers vs Patriots (-6)
Weather: 41 Degrees no chance of rain
Two of the greatest quarterbacks of this generation go head to head this week. It’s unfortunate for Aaron Rodgers that the total talent surrounding him just isn’t as good as the overall team the Patriots have put together. The Packers were road underdogs last week and managed to give the Rams a run for their money. This week they go to the complete opposite side of the country, but they aren’t coming off of a bye. The Packers also just traded away Ha Ha Clinton-Dix, who has been playing as one of the best safeties in the league this year. With a defense that just got thinner, going to a tough place to play in Foxborough, and Aaron Rodger only able to do so much, I feel myself leaning towards laying the points with the Patriots this week.

Titans vs Cowboys (-6.5)
Weather: Dome
Both of these teams are coming off of a bye. We have two teams that focus on playing rock-solid defense and run the ball with efficiency. Both of these teams are 3-4. Dallas is essentially favored by a touchdown, yet, outside of their game against Jacksonville, they are not blowing teams out of the water. Tennessee on the other side has generally kept games close as well. With two run-heavy teams, who will keep the clock moving and the number of total possession limited. With two run-first teams with solid defenses going at it, I’ll take nearly a touchdown worth of points with the Titans.